If you haven’t quite made up your mind to take a trip to New Caledonia, here are 20 good reasons to convince you!

1.Some 60% (15,000 km²) of New Caledonia’s lagoon is listed as a UNESCO World Heritage Site and the marine environment is one of the most beautiful in the world, sheltering hundreds of underwater wildlife species and a breathtaking diversity of corals and plant species.

2.New Caledonia is a melting-pot of ethnic communities, with a richly diverse cultural heritage: the Kanak people, the earliest inhabitants who settled here over 3,000 years ago, the European inhabitants (known as Caldoches or, in the case of recent arrivals, Z'oreilles), Asian communities (from Indonesia, Japan, Vietnam...) and peoples from other islands (Tahiti, Wallis and Futuna, Reunion Island). A unique and vibrant ethnic mix!

3.New Caledonia is a biodiversity hotspot with a level of endemism, per square kilometre, seen almost nowhere else on earth. 76% of the country’s plant and wildlife species are only found in New Caledonia.

4.The sublime white sand beaches of Lifou, Ouvéa and the Isle of Pines easily rival the world’s most famous beaches.

5.The inspiring Tjibaou cultural center was designed by world-famous architect Renzo Piano as a showcase for Kanak art, culture and tradition.

6.The view from the top of the lighthouse, inaugurated in 1865 on Phare Amédée, an idyllic islet off the coast of Noumea, is absolutely stunning.

7.The Déva Estate at Bourail is the site of New Caledonia’s largest surviving area of dry forest, home to an outstanding diversity of plant and wildlife species.

8.The sun shines all year round in New Caledonia, which enjoys a wonderfully balmy climate with an average annual temperature of 25°C.

9.Parc des Grandes Fougères nature reserve in the region of La Foa is a haven for rare species of tree fern, some of which were first seen on Earth nearly 350 million years ago.

10.Oro, Kanumera, Upi: Three bays of ethereal beauty... Once you’ve set eyes on them, you’ll see why the Isle of Pines is known as “the island closest to paradise". A sobriquet it shares with Ouvéa!

11.A powered paraglider flight at sunrise, floating high over the barrier reef off the Bourail and Moindou coastline, is an exhilarating once-in-a-lifetime experience.

12.New Caledonia is home to Amborella trichopoda, the most ancient and sole surviving sister species of all other living flowering plants. It first appeared about 200 million years ago and is endemic to New Caledonia.

13.The rock outcrops known as the Hienghène “Hen” and the Bourail “Bonhomme” (Old Man) form, together with the Jokin cliffs in Lifou, some of New Caledonia’s most spectacular rock formations.

14.Locally farmed New Caledonian blue prawns are heavenly and highly sought after by top chefs from Europe to Japan.

15.Celebrated aerial photographer Yann Arthus-Bertrand brought the Heart in Voh to the eyes of the world. Tomorrow, you could be the one photographing this unique mangrove formation from on high!

16.New Caledonia boasts a wealth of unusual wildlife species, from emblematic Kagus to Rusa deer and from flying foxes to Imperial Pigeons.

17.On the East Coast, the road from Hienghène to magnificent Tao Waterfall via the Ouaïème River ferry crossing offers stunning photo opportunities every 30 seconds!

18.New Caledonian vanilla is celebrated worldwide for its exquisite taste. Its subtle savour enhances many local specialities and you can use it in your favourite baking recipes back home. Yummy!

20.No visitor can resist the sparkling bays lining the seafront in New Caledonia's capital Noumea. Anse Vata, Baie des Citrons and Promenade Pierre Vernier are all delightful, whether you fancy a leisurely stroll, a refreshing dip or a bit of retail therapy.

Discover why you should travel to New Cal! 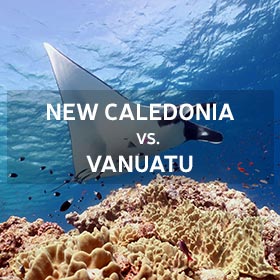 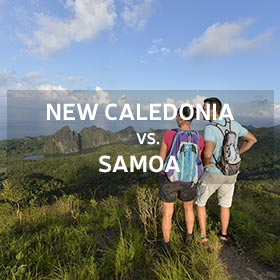 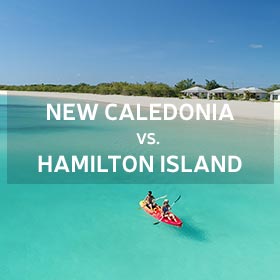 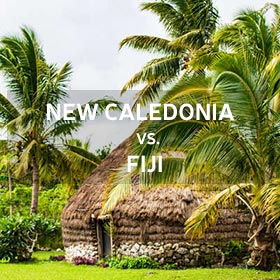