Undoubtedly, it is not the cosiest place in Ouvéa but the shark nursery at the northern end of the island and the walk that leads to it are part of indispensable activities during a stay on the island.

Proposed over the past several years by a child of the country, the walk in the northern end of the island allows one to visit the beach of the Great North, the lemon shark nursery and the passage to the sharks.

During this charming walk, your guide will also introduce you to certain aspects of the local environment. He will also explain to you the use of "false tobacco" known for its benefits against "itch" (whose scientific name is ciguatera).

Regarding the lemon shark nursery, it is a marine spot where this species of sharks has taken on habits of reproduction. Therefore, it is not uncommon to see small sharks growing their first "fins"!

And if the lemon sharks come regularly to breed there, the reason is simple. In fact, this shark species has the rare distinction of having its offspring on its place of birth. Thus, females born in Ouvéa return to give birth to 3 to 20 litters; which measure approximately 60 cm at birth.

Discover the must-sees in Ouvéa 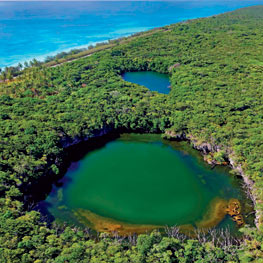 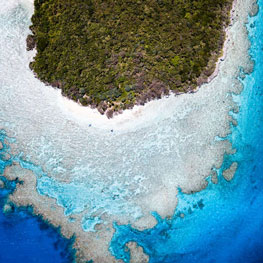