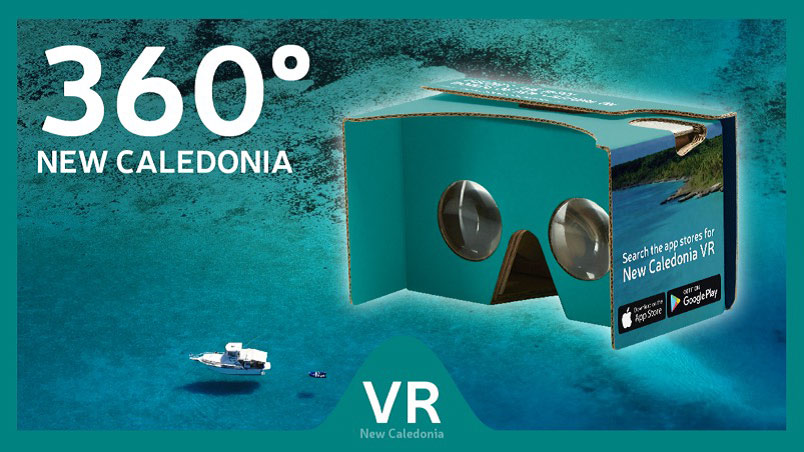 Sail on a pirogue in Upi Bay or skydive over Deva... it’s now possible, even when you’re overseas! This is the strength of «virtual reality», which, with the help of a headset or a simple smartphone, plunges the viewer into amazing, dynamic 360° settings.

To create these very first virtual reality (VR) videos in New Caledonia, NCTPS worked with the local video production company “Imag’in” together with “Start VR”, an Australian studio specialising in VR. It took them more than two weeks of filming throughout New Caledonia using a series of 8GB GO Pros (fitted on drones, rods, helicopters, kayaks, etc.), followed by several weeks of post-production in Australia in order to equip New Caledonia with a superb contemporary communication tool.

The result – around fifteen sequences have been assembled to highlight impressive local experiences – examples:

These are already all fully available on the « New Caledonia VR » mobile app (translated into English,French and Japanese), with free download through App Store and Google Play, shared in smaller numbers on YouTube and will soon be available on social networks.

Through this VR, New Caledonia Tourism continues its digital-led strategy by reinforcing the destination’s online presence. A major campaign is underway, promoting it in all our target markets, in partnership with the industry and the other tourist offices (North Province Tourism and Destination Loyalty Islands):