From 14 to 30 November, New Caledonia Tourism invited well-known German journalist Klaus Simon to write about the destination for the prestigious daily Frankfurter Allgemeine Zeitung and in the Traveller’s World magazine. 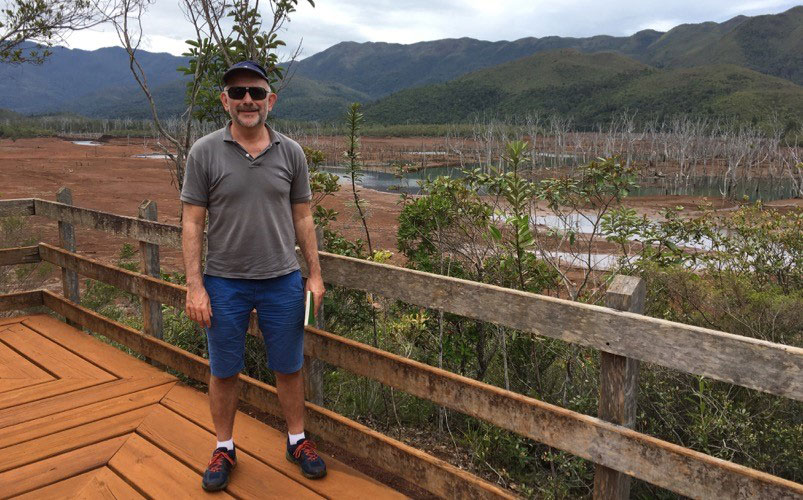 German author, freelance journalist and winner of the Gold Medal for Tourism, Klaus Simon is a recognised star in the field. With more than 117 articles under his belt since 2004, he writes mainly for the famous German national daily newspaper, the Frankfurter Allgemeine Zeitung (equivalent to the daily French Le Monde), which publishes tourism articles in each Thursday and Sunday edition (circulation: 331 000 copies), for the tourist consumer magazine Geo Saison (circulation: 39 000 copies) and for national food magazines Der Feinschmecker (circulation: 87 000 copies) et Essen und Trinken (circulation: 107 000 copies). Klaus Simon has also written twenty guide books about France, published thorugh DUMONT and translated into several languages. New Caledonia Tourism and its partners, North Province Tourism, Destination Loyalty Islands, Aircalin and the Marriott Hotel group, were delighted to welcome him to the territory.

For his two articles – one on Kanak culture and biodiversity for the Frankfurter Allgemeine Zeitung and the other on high-end tourism, the French Touch and idyllic sites for Traveller’s World Magazine (circulation: 45 000 copies – four issues per year) – Klaus Simon visited the capital: the town centre, the markets and the Tjibaou Cultural Centre. He then travelled to the South to discover Mont Dore and Prony, together with both the Madeleine and Netcha Falls. Next he flew to Maré and its iconic sites during the Wajuyu (Snapper) Festival. On returning to the Main Island, he visited Bourail with a stop en route at the Giant Fern Park. His tour continued on to Koné for a ULM flight over the Heart of Voh, then to Hienghene and the surrounding areas. On arriving at Poindimié, he was welcomed by the Napoémien tribe, where he tasted a traditional Bougna. His Grand Tour finished in the Isle of Pines, where he took an excursion to Nokanhui Atoll and enjoyed local lobster on Brosse Islet.

This in-depth tour around New Caledonia means a high level of destination exposure to the German public, who have been identified as a promising market for 2017.