5 Dishes to Try in New Caledonia

One of the greatest joys of visiting somewhere new is having the opportunity to try the local cuisine. Combining rich, traditional flavours with the flair of French cooking, New Caledonia’s food scene is quite unlike any other. Next time you’re set to visit the archipelago, be sure to try some of New Caledonia’s famous foods, from fresh seafood to traditional dishes that have been enjoyed for generations.

A speciality of Kanak cooking and one of New Caledonia’s traditional foods, bougna is one dish that should certainly be tried at least once during your time in New Caledonia. Created by mixing pieces of fish, chicken, lobster, crab or prawns with coconut milk and an assortment of root vegetables, including taro, yam and sweet potatoes, the bougna mixture is then wrapped in banana leaves once combined. The banana leaf parcel is placed into a traditional underground oven where it is cooked for several hours over hot rocks. A similar style of cooking is found right across the Pacific Islands, but bougna showcases the archipelago’s own unique take on this style of dish.

An ingredient popular across New Caledonia’s Loyalty Islands, coconut crab is another of New Caledonia’s famous foods. A local species that feeds on coconuts, the crabs have extremely strong pincers that allow them to crack into the fruit and dine on its creamy flesh. When prepared correctly, it’s said that the sweet meat of the coconut crab melts in your mouth, and, with their large size, there’s plenty of it to go around too! There are numerous ways to enjoy coconut crab, but one of the most popular is within a flavoursome coconut curry. 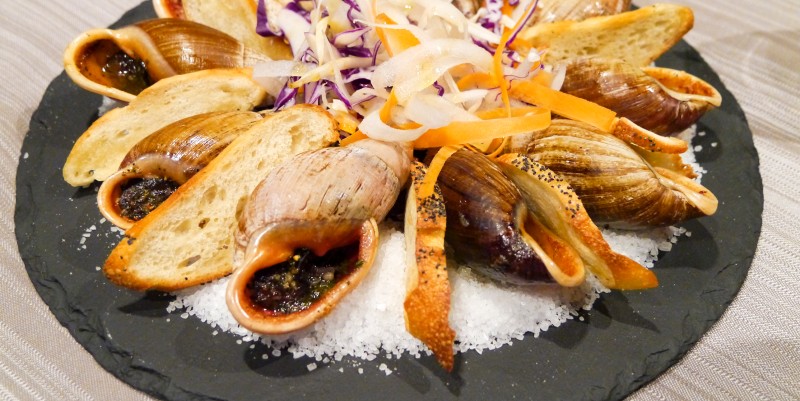 A speciality of the Isle of Pines, the island’s large endemic snails are collected from local pine forests and prepared in a typically French fashion. Often simmered in wine, garlic and plenty of herb butter, bulime are New Caledonia’s own take on classic escargot. Enjoy the snails stuffed with parsley and garlic butter, incorporated into a soup or in a traditional bougna. You’ll find bulime served in restaurants across the Isle of Pines, making it easy to sample this local speciality during your stay.

Coloured with a distinctive blue hue that is said to come from the plankton they feed on, New Caledonia’s blue prawns are not only a local favourite, but have also become popular with chefs across France, Japan and beyond. Said to be sweeter than regular prawns, the blue prawns are farmed without the use of growth accelerators, pesticides or antibiotics, with strict low density farming guidelines enforced. Although these restrictions may limit the number of prawns that are grown and sold, with only one growing season occurring each year, they ensure that the archipelago’s blue prawns are of the highest quality. If you’re interested in trying the prawns for yourself, you can find them at Nouméa’s Port Moselle Market. 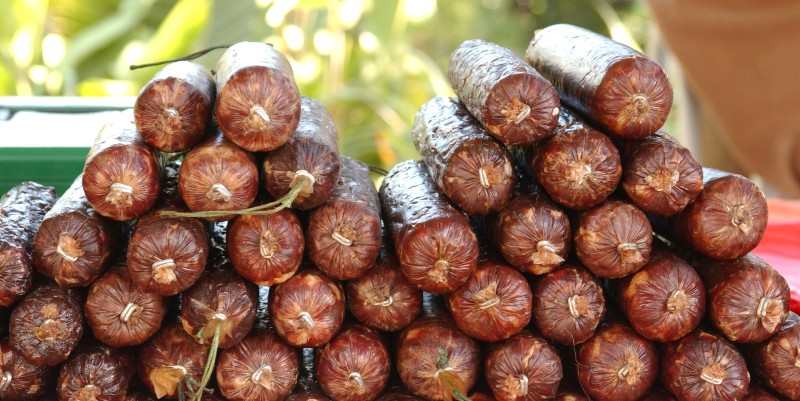 Across Grand Terre, New Caledonia’s main island, Javan Rusa Deer are found in plentiful populations. Considered to be a major pest, it comes as no surprise that the meat from these animals is now being used in the creation of some delectable venison dishes. Settle into a plate of hearty venison stew or ragout, try some flavourful venison sausages or salami, or sample some seasoned venison skewers. Quite a versatile meat, the venison is prepared in countless delicious ways. You’ll find venison on the menu all year round.