From 3 to 8 December, New Caledonia Tourism welcomed representatives from Yahoo! News, The Huffington Post and Citrus, the couple from the Honeymoon Traveler blog, the photographer from Metropolitana magazine and the editor of Villa magazine. The theme of their stay was focused on “New Caledonia for honeymooners and couples”. 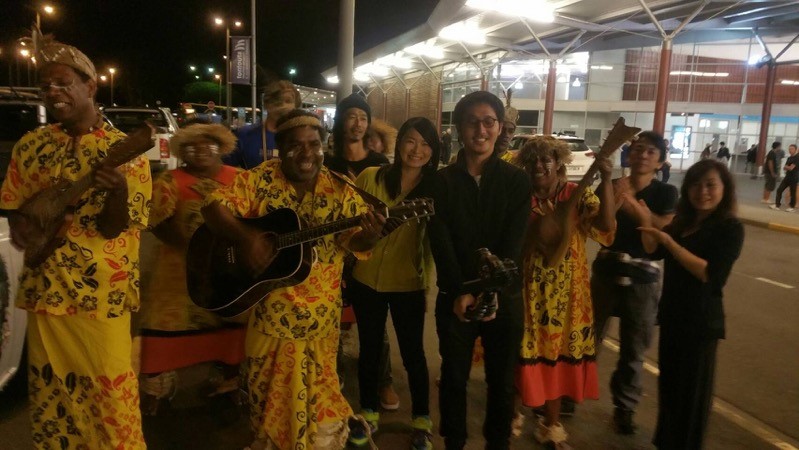 To continue promoting the destination as ideal for Japanese couples, New Caledonia Tourism (NCT) invited, from 3 to 8 December, a group of Japanese influencers made up of the Honeymoon Traveler blog, the Metropolitana and Villa magazines as well as news websites Yahoo! News, The Huffington Post and Citrus. Their first stop was the Isle of Pines, discovering its iconic sites, as well as the Kou Bugny and Méridien hotels. On returning to Noumea they visited the town, shops and hotels. The couple from Honeymoon Traveler, who arrived equipped with their drone, were able to fly over the Far South and Larégnère islet. Before leaving, the group took advantage of a final night at the Sheraton New Caledonia Resort & Spa.

Honeymoon Traveler is a travel blog created by Mariko and Kazutaka Yamaguchi, who have become famous in the Japanese media, due to their around-the-world honeymoon. The video of this honeymoon, published on their Facebook page, has been viewed 832 360 times and received 10,860 likes by  internet users. They have 4,875 followers on their Facebook page, 1,768 on Twitter, 3,042 on Instagram and 5,424 on their Youtube site. The scope of their digital presence is reinforced by their personal social networks. The couple also work for the travel website Tabippo, which publishes tourist information and receives 1,500,000 view per month (target audience: Japanese between the ages of 20 to 40). They will also be writing two articles about the New Caledonian getaway.

Metropolitana magazine, represented by the photographer Shogo Homma, is a free monthly publication of 200,000 copies which are distributed in 160 Tokyo metro stations. The magazine is aimed at business women between 30 and 40 years of age. In February 2017, there will be eight pages about New Caledonia for this market to discover.

Villa magazine is a quarterly cultural magazine with a print run of 40,000 copies, aimed at male and female travellers (60% and 40% respectively), with an age range of between 20 and 50. NCT welcomed the Editor, Shintametro Makino, and for the April 2017 edition, the magazine will dedicate 20 pages to the destination.

Yahoo! News, The Huffington Post and Citrus (All About)

All of these internet news sites were represented by the popular Yuji Matsunaga (Office Matz). For NCT, this visit was an excellent opportunity to raise visibility for the destination. Yahoo! News Japan, the national reference site in the land of the rising sun, has 79,000,000 users alone and 44 million views per month. The representative plans to publish at least three articles. In regards to the Huffington Post, this on-line daily has 15 million users and receives 1 million views per month. Two articles about the destination are scheduled. As for the information site Citrus (owned by the All About company) which targets internet addicts (aged between 20 and 50), each month 33 million users consult its site.

This media fam trip has therefore ensured a strong audience for the destination, on a subject dear to the hearts of the Japanese. 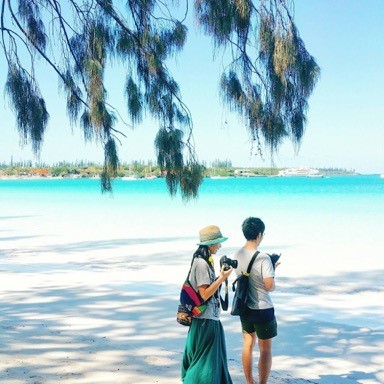