Isolated, like its neighbour Farino, Sarraméa is a mountainous village situated in the Grande Terre’s central mountain range, 120 km north of Nouméa. Green and floral tourism have developed to the great joy of those who love nature.

Between Table Unio, the commune’s highest point at 1,600 metres, and the remarkable Dogny plateau, the region offers a multitude of sites open for walking or horse-riding. Additionally, each year the Dogny plateau hosts a well-known long-distance trek.

And, to freshen up after a long walk, there’s nothing like the waters of the Trou Feillet, a beautiful natural cavity at the edge of the forest. Just as the nature will do you good, rocky toboggans can offer a lovely sliding sensation.

From the mother of all flowers to the local star: the Anthurium

While the village offers the possibility of visiting (with authorisation ad accompanied by the Great Chief...) one of the last great huts, that of the Petit-Couli tribe, it is in fact to flowers that they owe their high status within the territory.

A festival of tropical plants took place here in February, and the territory’s botanists get together in March for the flowering of the Amborella trichopoda, the mother of all flowers.

This species, native to New Caledonia's rainforests, in fact belongs to the earliest line of flowering plants. In other words, the genome of the common ancestor of all flowers split in two around 200 million years ago. The first branch gave birth to Amborella trichopoda, the only survivor of this line, with its 14,000 genes. The second branch gave birth to some 300,000 flowering plants counted around the world!

At the time of the first colonists, at the end of the 19th century, Sarraméa was known for its coffee plantations.  The Feillet colonists (named for the governor who contributed to accelerating the agricultural colonisation) cultivated these precious ‘cherries’, which were needed to produce the famous Leroy coffee. The coffee which, they say, Sir Winston Churchill himself used to drink. Even today, some enthusiasts continue to grow coffee on the slopes of the commune, thus keeping this 100-year-old tradition going...

Discover the must-sees in Sarraméa 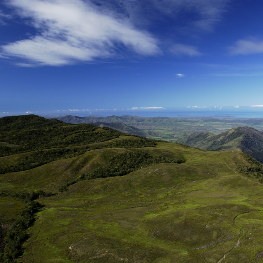 Many Caledonian hikers will tell you: the walk towards the Dogny Plateau and the paths that cross it are among the best-loved of local people. Others will ... 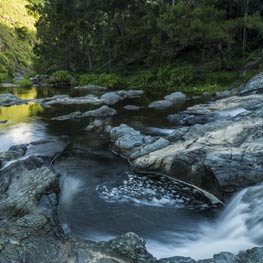 Located in Sarraméa, a municipality in the north-west of New Caledonia, about 120 kilometers from Nouméa, La Cuve du Trou Feuillet is an ideal site for a d...

What to do in Sarraméa?

The Anthurium fair in November: a sight for sore eyes!

With the exception of this plant of antediluvian origins, the local star is the Anthurium, often nicknamed ‘tongue of fire’. This plant from the Araceae family numbers almost one thousand species, and Sarraméa is full of them! Unsurprisingly, there is an Anthurium fair in the village on the third Sunday in November. A real sight for sore eyes!

If you cannot attend this fair, you should know that Anthuriums are available in the village market all year round, which takes place on the fourth Sunday of every month, as well as the Christmas market in December. 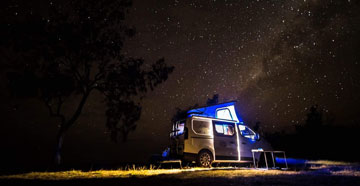 Rent a van to discover the biggest island of New Caledonia archipelago. 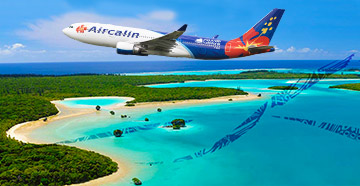