Is New Caledonia a Country? Get to Know the Archipelago

A Bit of Background Knowledge

Is New Caledonia a country?

Situated in the heart of the Pacific, the New Caledonia is not technically a country, but is instead recognised as a French overseas territory. Along with New Caledonia, there are a variety of other different French overseas territories located around the world, including French Polynesia and Wallis and Futuna. While New Caledonia is not a country in the traditional sense, the island group does enjoy quite a large amount of autonomy as a result of a special promise made by France, known as the Nouméa Accord, which was developed in 1998.

How many islands are in New Caledonia?

If you happen to be planning a trip to New Caledonia, it’s likely that you would know that there are at least a few main islands that make up the archipelago, but there’s certainly more to this island group than meets the eye! As well as the main islands of Grand Terre (home to Nouméa), Ouvéa, Tiga, Maré and Lifou, New Caledonia encompasses more than 140 different islands, offering so much to see, do and discover across the archipelago. 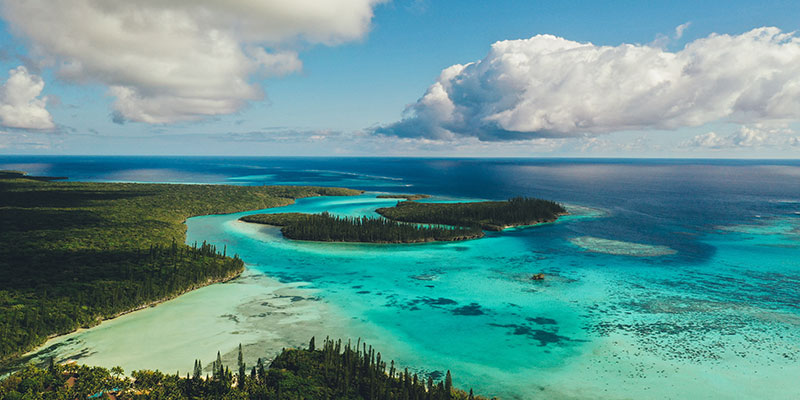 Is New Caledonia part of France?

Yes! Although the archipelago might be located on the other side of the world, New Caledonia is still technically part of France. Thanks to this status, those born on any of New Caledonia’s many islands are considered to be French citizens, enjoying the right to vote in French elections and live in France if they so wish. Similar to how Australia and New Zealand share a queen with the United Kingdom, New Caledonia shares a president with France.

What kind of food do they eat in New Caledonia?

Dining in New Caledonia is an experience quite unlike any other. As well as the rich French influences that are sure to be spotted in the croissants, baguettes and delectable cheeses served throughout the archipelago’s major centres, each region serves its own unique delicacies. Sample coconut crab and incredibly fresh fish cooked to perfection, local root vegetables incorporated into stews and more, or, if you’re feeling adventurous, the Isle of Pines’ bullime (snails). A staple of Kanak cooking, bougna, a dish of meat, vegetables and coconut milk wrapped in banana leaves and cooked over hot stones, is one local delicacy that shouldn’t be missed. 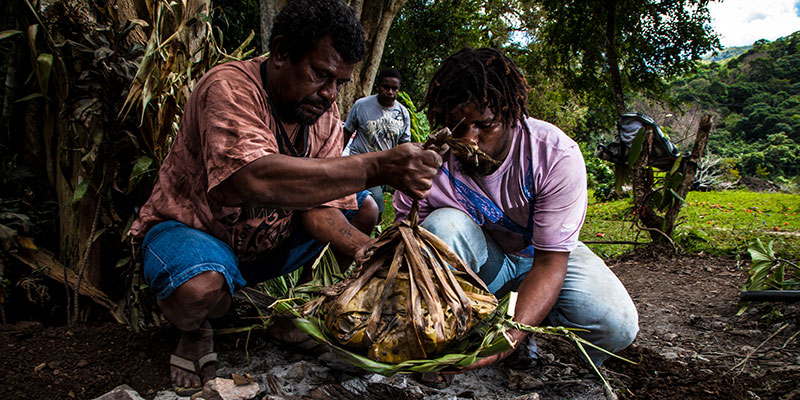 How many languages are spoken in New Caledonia?

While French is the official language of New Caledonia, around 30 different New Caledonian languages are spoken within the archipelago. Primarily spoken by the native Kanak people, these languages are currently at different levels of usage, with some close to being lost forever. Alongside French and native dialects, other languages have travelled to the archipelago with migrants from across the globe. From Javanese and Fillipino to Vietnamese, you’ll find a broad range of languages spoken, especially in Nouméa.

Who are the indigenous people of New Caledonia?

The indigenous inhabitants of New Caledonia are the Kanak people. Making up around 40% of the New Caledonian population, the heritage of the Kanak people is still largely unknown, with some evidence indicating that they have called the archipelago home for as long as five thousand years. Intertwined with the natural beauty of the region, Kanak culture remains quite strong in New Caledonia, with traditional customs, food and celebrations continuing to be enjoyed across the islands. From tribal homestays to festivals and communal dining experiences, there are so many ways to encounter this rich local culture. 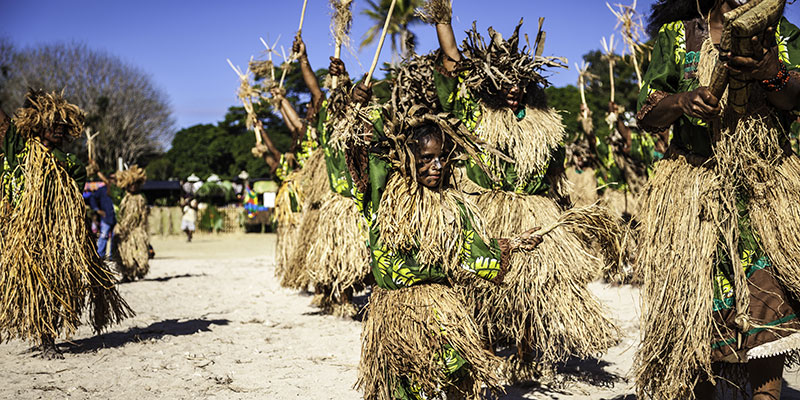 Ready to learn more about the New Caledonian archipelago? From great things to see and do to unmissable cultural experiences, you’ll find so much just waiting to be discovered.