The vanilla
of Lifou

It’s no secret that the quality of Caledonian vanilla is well on the way to earning global recognition. Though vanilla production is now organized over a large portion of the territory, it was in Lifou that it all started. On the island you can visit several vanilla plantations open to the public, in Mu, Jozip, Mucaweng or Traput.

Although English missionary Macfarlane gave a few Madagascan vanilla plants to one of the island’s clans as early as 1860, it was not until the 1980s-90s that the beautiful orchid truly began to be exploited. Until then, though abundant in wooded undergrowth, its value was considered purely ornamental.

Discover the must-sees in Lifou 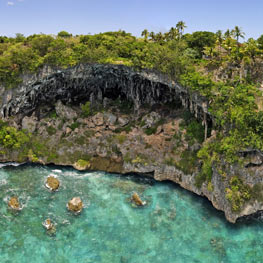