The southernmost commune of the Grande Terre is a veritable paradise for those who love hiking (with the GR NC1 trail in the area), VTT or all-terrain vehicle excursions. It also contains the territory’s biggest provincial park: the Blue River Park.

Combining the scenery of the rainforest and the wild beauty of the mining regions covered by red soil (due to the laterites present in the ground), the commune offers an almost unique natural diversity. In addition to this, and despite its apparent aridity, Yaté is characterised by an abundance of creeks (sorts of runlets), rivers and water reserves which form a dense and complex hydrographic network.

From the Plain of Lakes to the Blue River Park

Yaté is also home to New Caledonia’s largest lake, with a surface area of 40 km2, which serves as a ‘reservoir’ for the dam and hydro-electric plant situated at the southern tip.

It is also in this region that the magnificent Blue River Park is situated. At its heart, visitors can admire the sepulchral submerged forest, the most significant cagou population of the territory, and ancient giant trees (kaori, houp…).  And that is without mentioning the scores of places to bathe in the deliciously refreshing waters of the river.

The provision of natural sites is not, however, limited to the Blue River Park. In the surrounding area, the Madeleine watterfalls and the beautiful botanic trail which leads to it, the loops of Netcha and their eight VTT courses, all like the Southern Woods area offer a great variety of places accessible to everyone.

It is impossible to talk about Yaté without mentioning one of the territory's most mythical places: the Forgotten Coast! The name alone is an invitation to adventure. From Yaté to Port Bouquet (Thio) there is no road and no path. Over 65 km there is simply a supremely beautiful and almost virgin coast which offers itself to those who choose to discover it... by way of the sea! While it is possible to cross it on foot (with a guide who knows the region!), the most beautiful and safest way to experience this adventure is on a four-day sea kayak trip.

Discover the must-sees in Yaté 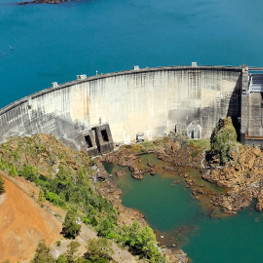 Within the magnificent Great South region, known for its big open spaces, preserved nature and red soil, the Yaté Dam and its lake are simply gigantic. The... 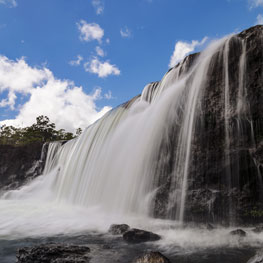 Waterfalls of the La Madeleine

At the heart of the Grand Sud (Far South), and deep in the provincial reserve of the same name, in the Plaine des Lacs (Plain of Lakes), and nearby the Blu... 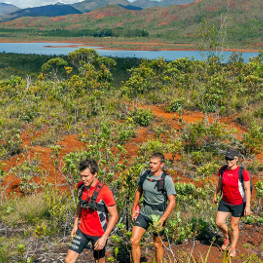 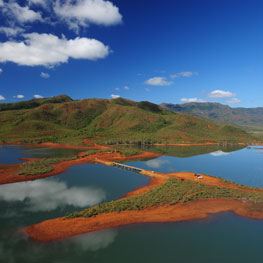 This is the most popular park in New Caledonia, undoubtedly the most incredible one. Located in the south of the Grande Terre, the Blue River Park promises... 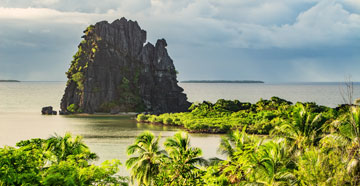 Breathe the fresh air of freedom